While our interest in the industry and love of Alpacas began over a decade ago, our serious commitment to genetically pure best-of-breed propagation commenced in 2007.

At Millpaca Stud we concentrate on breeding Huacaya alpacas, which is the most popular and in-demand breed of alpaca in the world. This breed is characterised by a curly fibre with a dense fleece, and unlike Suri alpacas, they are much more adaptable to thriving in harsh climates.

Over the past four years, we have closely monitored the most successful breeders and leaders of the alpaca industry and the great achievements that have been made here and globally, and we have invested significantly in best-practice Huacaya breeding development. This has enabled Millpaca to gain access to some of the best frontline genetics that are available in Australia.

After extensive research, we decided very early on in the planning process to just concentrate on solid whites and pure Peruvian blacks. As each cria drop falls due, there is a great sense of excitement and pride in noting the differences and improvements made from the influence of each dam and sire.

The Millpaca Stud’s overall aim is to produce the perfect mix of confirmation, bone density, low micron fleece and lowered SD. All while maintaining excellent lustre and retaining good handling traits, as well as increasing the amount of fleece that

can be sheared from each animal commercially, for those who manage flocks full-time and committed hobby farmers too.

When you purchase an alpaca from Millpaca; or utilise our stud service, you really can be assured that they are among the best Huacaya alpaca stock you can get anywhere. Our slogan ‘breeding perfection’ reinforces our ongoing aim to breed the best, and that’s the Millpaca difference. 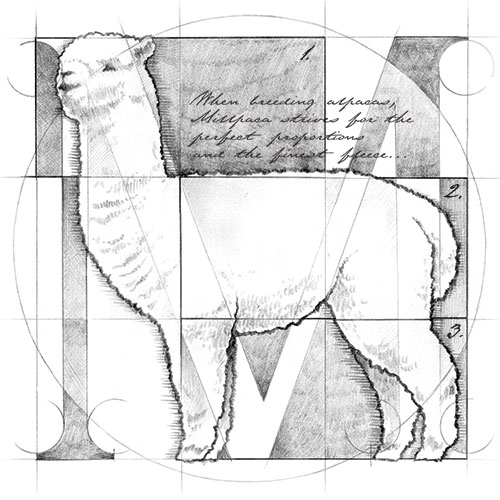 The first truckload of white Alpaca fleece is on its [...]